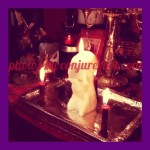 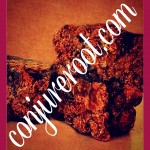 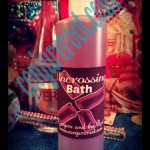 In this area you will find the basics of Conjure and the tools used. But first, a short lesson on what sets Conjure or Hoodoo apart from other practical magick traditions.

Conjure also known as African American Folk Magic, Folklore, Hoodoo, or Rootwork (all words that are sometimes used interchangeably) has unique characteristics different from the magickal practices of pagan or witchcraft. You will see some similarities, however, Conjure has it’s own special flavoring of bible psalms, unique zoological curios such as animals parts, minerals, special coins, collected dirt, botanical roots, and herbs. Poppet dolls, candle magick, mojo bags, the use of personal concerns, foot track magick, crossroads and graveyard magick, along with the disposal of ritual content in places such as the crossroads, rivers, or graveyards are a part of traditional Hoodoo. The elements of Hoodoo are always symbolic of what you are trying to achieve with this style of magick. Today, Hoodoo is the blended folklore and beliefs of African culture, Native American, Protestant, Catholicism, and European culture. One can see the similarities of charms, mojo hands, gris gris bags, bottle spells, and other magickal crafted fetishes used in Hoodoo with magick and folk practices in African cultures. And medicines made from roots and herbs are similar to the practices in traditional Native American culture. The use of Psalms and Catholic Saints is mingled in Hoodoo, as many of the old conjure workers held Christian or Catholic beliefs. Family recipes and folklore are key ingredients to working Hoodoo and the influences on the practice of Hoodoo can vary from family to family and have regional area differences such as available botanical resources.

Hoodoo was born from magickal/spiritual practices brought to America through West African slaves. Because of the Great Migration, the ever growing and changing knowledge and teachings of Hoodoo spread through the U.S. and Hoodoo became popular and landed right into local pharmacies, allowing local African American customers to purchase medicinal and magickal products that they requested. Soon, Hoodoo was being marketed and was available across the U.S. via mail order. Most of the traditional African American folklore however, was underground, kept as an oral tradition. And many locals traveled hundreds of miles to visit famous root doctors such as Aunt Carolina Dye or Doctor Buzzard.

Hoodoo is not a religion. And it is not Voodoo or Vodou. It’s a system of magick that is practiced by someone who may be religious, magickal, and/or people with an interest in Occult mysteries. Traditional rootworkers work with bible prayers and psalms, they may petition Catholic Saints, along with other spirits, deities, and angels of many different kinds. Sigils and seals from Grimoires or Jewish Mystic Qabalah are sometimes used by rootworkers. They may use graveyard spirits, African spirits, ancestors, Catholic Saints, Native spirits, Hindu deities, plant spirits, animal spirits, Jesus, and God to aid the work. It’s become an ever growing practice, but at the core, Hoodoo is African American spirituality. The long history of Hoodoo has seen it’s transformation, however, traditional Hoodoo is still set apart in unique ways from new age and neo pagan practices.

OR have a spell casted on your behalf.Spell Services